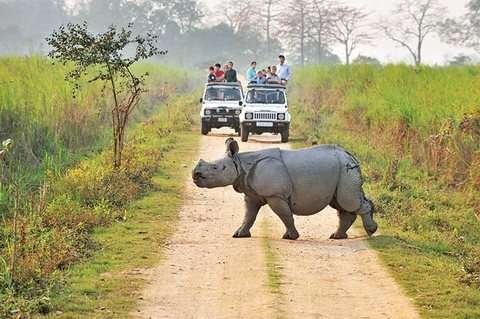 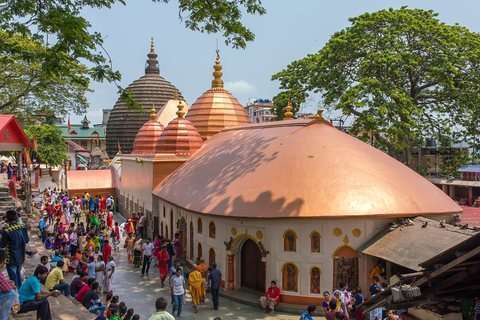 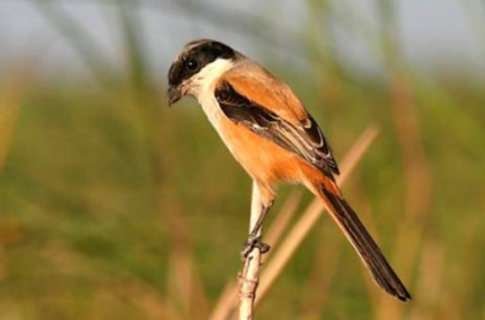 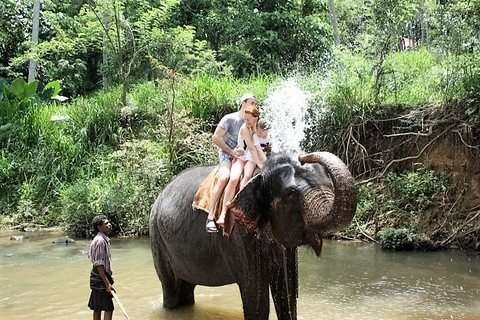 DAY O1 :  DELHI
Arrive Delhi: On arrival at the Delhi International Airport and Transfer to your hotel. Overnight stay at hotel in Delhi.

DAY 03 :  DELHI – GUWAHATI (Air Spicejet, Go air, air Vistara, Indigo Air – 02:15 Hrs)
After Breakfast transfer to the airport for the flight to Guwahati. On Guwahati arrival-meeting at the airport and transfer to hotel.
Guwahati: Guwahati is Situated on the Southern bank of the mighty River Brahmaputra in Kamrup district of Assam.  Previously it was known as Pragjyotishpur (The City of the eastern Light) Guwahati is the fast growing premier city and it is also the gateway to the North Eastern states of India.This city subsequently got the name Guwahati (Guwa-means beetlenut and Hat –means market in Assamese).
Kamakhya Temple: The origin of Kamakhya Temple is pre Aryan situated atop the Nilachal Hill. The formost shrine of Assam, The Kamakhya is an ancient seat of Tantric and shakti Cults of Hinduism. The original temple was destroyed by the invading Muslims in their crusade against Hindu temples and idols in the early part of 16th century. Ultimately it was restored from ruins by King Naranarayan of the Koch dynasty and rebuilt in its present forming 1665 AD.
Shankardev Kalakshetra: a place where Assamese history and culture is depicted in a sprawling open enclosure. It has a beautiful museum where they preserved the masks (these masks are made in Majuli island), the traditional dresses and jewellery of the entire North East India. A Namghar (Assamese prayer Hall) and an open air theatre has been constructed to perform the plays and other cultural activities during festivals.
Guwahati War Cemetery: Built and maintained by the Commonwealth War Graves Commission. The cemetery was started during the war when several military hospitals were posted in the area and was originally for burials from these hospitals. There are now 517 causalities buried in this cemetery. Overnight at hotel.

DAY 04 : GUWAHATI – KAZIRANGA (280 Km/6-7 Hrs)
Morning after Breakfast drive to Kaziranga. Arrival at Kaziranga. Transfer to the hotel. Accommodation. Evening free time for photography. Night in Kaziranga.
Kaziranga (Kaziranga) — national Park in Assam, the Park was founded in 1905 on the area of 688 sq. km. there are over half of the world population of the Indian armoured Rhino, and elephants, wild Buffalo, Guars, Tigers, Bear and Deer. It is believed that Kaziranga national Park is one of the last areas in Eastern India that remained untouched by human activity ecosystems.

DAY 05 :  KAZIRANGA
Kaziranga National Park: Kaziranga National Park has become synonymous with successful conservations of Great One Horn Rhinoceros (from the Greek word, “rhino” means nose and “ceros” means horn) / Unicornis (from the Latin word, “uni” means one and “cornis” also means horn) and also a home of may other threatened species including Indian Elephant(Elephant Maximus), Tiger(Panthera tigris), Hoolock Gibbon (Bunipithecus hoolock), Ganges dolphin (Platanista gangetica),Sambar (Cervus unicolor), Barasingha or Swamp Deer (duvauceli), Hog Deer, Indian Muntjac (Muntiacus muntjak), Water Buffalo (Bubalus bubalis)and Gaur (Bos frontalis)etc.
There are also over 500 species of birds have been recorder in the park including 25 specis of globally threatened category. Over and above there are 21 rare and endangered species. In winter one can observe a large breeding population of Spot Bill Pelicans about one thousand breeding nests are found in a place which has been named as Pelican Colony in the Eastern Range. Among the reptiles  species like Water Monitor Lizard (Varanus salvator), Indian python (Python molurus), Cobra (Naja naja) and  the King Cobra are found. Overnight at resort.

DAY 06 :  KAZIRANGA – TEZPUR   (66 Km/ 1 Hrs)
Morning after breakfast depart for Tezpur: Modern day Tezpur, the headquarter of Sonitpur district of Assam is said to be erstwhile Sonitpur, the Kingdom of legendary King Banasura. According to the legend when Lord Krishna’s army and Banasura’s army fought for the rescue of Aniruddha (grandson of Lord Krishna) who married Banasura’s daughter ‘Usha’ against the will of her father there was so much bloodshed that the whole place was stained in red. This prompted to the name of the place becoming Tezpur (means the City of Blood). Modern Tezpur was founded by the British colonial administration in 1835 as the headquarters of Darrang. Arrive Tezpur and check in at hotel. Afternoon city tour of Tezpur.
Agnigarh: According to the legend the site of the fortress was built by Banasura to keep his daughter Usha in isolation. The name ‘Agnigarh’ has been derived from two Sanskrit words ‘Agni’ (meaning fire) and ‘garh’ (meaning fortress or wall). It is a hill on the banks of the Brahmaputra river and one of the big tourist attractions in Tezpur. The view of river Brahmaputra the Kolia Bhomora Setu bridge(named after the Ahom general Kolia Bhomora) is really eye catching.
Mahabhairav Temple: This ancient Shiva Temple located in the heart of Tezpur town is believed to have been established by king Banasura in the pre-historical times. The temple was originally built of stone but renovated and built with concrete. During Shivaratri thousands of devotees around the country visit the temple and offer their prayer to Lord Shiva. Rest of the time free at leisure. Overnight at hotel.

DAY 07 : TEZPUR – GUWAHATI – DELHI (184 Km/4-5 Hrs) (by Air Spicejet, Go air, Indigo Air – 02:15 Hrs)
Morning after Breakfast drive to Guwahati and transfer to the airport for flight to Delhi. Transfer to the hotel. Overnight at hotel in Delhi.