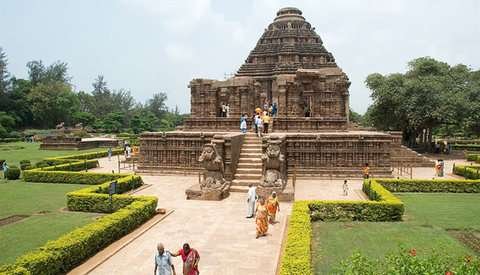 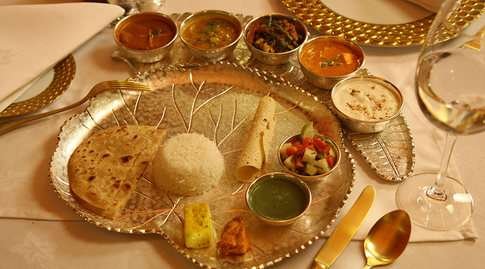 DAY O1 :  DELHI
Arrive Delhi: On arrival at the Delhi International Airport you will be welcomed and greeted with flowers by our Tour Representative. Transfer to your hotel. Overnight stay at hotel in Delhi.

DAY 03 :  DELHI – BHUBANESWAR   ( Air Vistara, Indigo Air, Air India – 02:05 Hrs)
After Breakfast transfer to the airport for flight to Bhubaneswar. arrival in Bhubaneswar and check in the hotel. After sightseeing tour of the temples of Bhubaneswar, capital of Orissa, “the City of Temples”. You will see the famous temple complex Lingaraj, the spire of which dominates the skyline of the city. The temple is dedicated to Lord Shiva Tribhuvanesvara, which translated means “God of the three worlds”, hence the name of the city – “the World of the Gods.” Important: the Lingaraj temple can go only Hindus, and others are considering it with a special pass. You will also see other Hindu temples, such as known for its architecture Rajarani, Mukteswar and others. After you will visit the cave Udaigiri and Khandagiri. Double hills Udaigiri “Mountain of Sunrise” and Khandagiri “Broken Mountain” dotted with the dwellings of the monks of the Jaina I in BC, night in Bhubaneswar.

DAY 04 :  BHUBANESWAR – HIRAPUR – PIPLI – PURI  (70 km/1-2 Hrs)
After Breakfast drive to Puri. On the way visit, Situated and Hirapur. Situated, is the most important historical place of India. Here occurred the massacre of troops Ashoka, the young ruler of the Mauryan Empire, with the troops of the feudal state of Kalinga, located on the territory of present-day Orissa, restoration of the former borders of the Empire of his father. It is here that Ashoka, after seeing the results of a bloody battle, made a decision to depart from the path of war and go on peace path-the path of creation preached by the Buddha. Here tourists get acquainted with the famous “stone of Ashoka”, which is stamped the main decrees of the Emperor Ashoka. Historians, Buddhists, tourists come here to see Caitya, Stupa and Ashoka Pillar. Then drive to Puri enroute visit Hirapur ( 64 Yogini temple ) , Pipli ( the appliqué work village ).Proceed to Puri and check in to the hotel. Relax on the golden beach of puri. Overnight at Puri.

DAY 05 :  PURI – RAGHURAJPUR
After Breakfast, visit the famous temple of Jagannath “XII century”(Non Hindus are not allowed). The temple of Lord Jagannath (Vishnu – “preserver of the universe” in Hinduism), daily, but especially especially during festival “Rath Yatra”, attracting thousands of visitors. The Jagannath temple also known as temple of the White Dagoba and hosts on its territory 5100 priests. You will have the opportunity to observe the life of pilgrims who came to visit one of the holiest temples of India. Important: pendusta trespassing, inspection from the outside. After excursion to the village Raghurajpur. Raghurajpur is a craft village, 16 km from Puri. Is doing here pattachitra drawings on palm leaves or on cloth in Orascom unique style. Overnight at hotel in Puri.

DAY 06 :  PURI – CHILIKA LAKE (104 Km/1-2 Hrs)
After Breakfast departure to the excursion The Chilika lake has an area of about 1090 square km, this brackish lake is the largest one in Asia and one of the most famous on Earth, thanks to the phenomenal variety of birds and animals here live. The walk around the lake to the confluence of the waters of the lake with the Bay of Bengal, where you can often see dolphins and island Rajhans. Then return to Puri, free time, access to the beach, market, shopping. Night at hotel Puri.

DAY 07 :  PURI – KONARK (36 Km/1 Hrs)
​Morning drive to Konark to visit the Sun temple ( one of the world famous heritage sites & famously known as Black Pagoda ). This temple was built in the XIII century when Emperor Narasimhadev and has the form of the chariot of the Sun God (Surya). Enroute visit to Ramchandi temple & Chandrabhaga beach (one of the finest beaches with a long stretch of clean sands & the beach has its own lovely serenity). Return to Puri.

​DAY 08 :  PURI – BHUBANESWAR – DELHI  (70 Km/1-2 Hrs)  (Air Vistara, Indigo Air – 02:05 Hrs)
Breakfast at the hotel. Than transfer to the airport for flight to Delhi & arrival in Delhi. Our local tour Manager will help You at the airport and transfer to your onward journey.