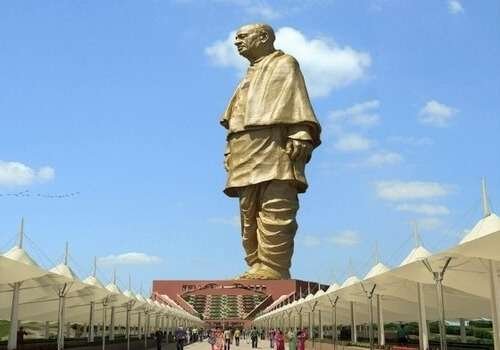 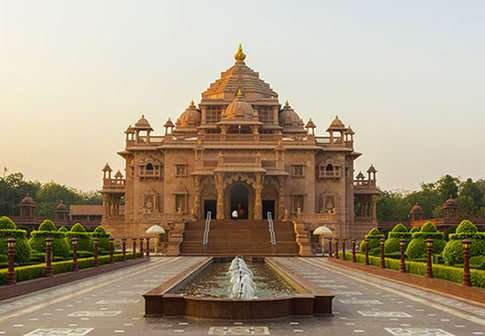 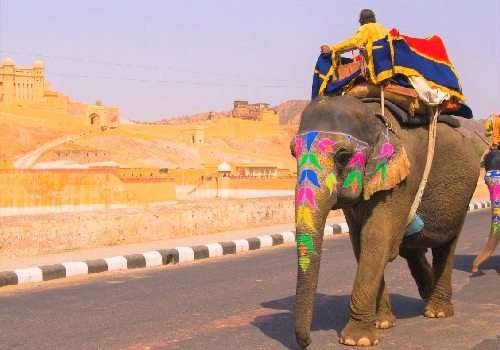 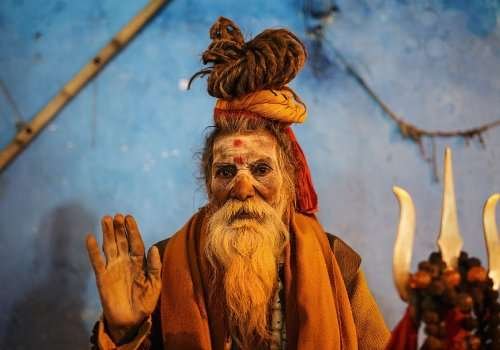 STATUE OF UNITY – The World’s Tallest Statue, situated in Gujarat’s Narmada district, 182 Meters Dedicated to the Nation by Shri Narendra Modi Hon’ble Prime Minister. Alongside the Statue, there is additionally a museum and varying media office to depict the life and times that carried on with a phenomenal life in extraordinary times – Sardar Vallabhbhai Patel. The Statue of Unity and surround area will be obtained by the by the individual boats to keep away from the vehicular traffic.

DAY O1: DELHI
Arrive Delhi: On arrival at the Delhi International Airport you will be welcomed by our Windrose Tours Representative and Transfer to your hotel. Overnight stay at hotel in Delhi.

DAY O3: AGRA- JAIPUR  (250 KM, 5-6 Hrs)  (Taj Mahal remains closed on Friday)
After morning breakfast proceed to Agra city tour. frist we see the Taj Mahal a poem of love and the constructed by the white marble, built by Shah Jahan in memory of his beloved wife, Mumtaj Mahal. It took twenty-two years and hard toil of more than twenty thousand workers to construct Taj Mahal. The beauty of the Taj Mahal is enchanting and it reflects the marvelous beauty of architecture. Taj Mahal symbolize the richness of art and architecture of the Mughal period. After visit the Red Fort. Lunch in Agra than drive to Jaipur. Jaipur- established by Maharaja Jai Singh II (1693-1743) and painted pink by Maharaja Man Singh II when Prince of Wales, later Edward VII, visited Jaipur in 1876. The Royal heritage of Jaipur lives in its architecture and culture. The city in pink is symbolic of the hospitality that reigned in the Rajput culture. It a bustling capital city and a business center with all the trapping of modern metropolis but yet flavored strongly with an age-old charm that never fails to surprise a traveler. Overnight in Jaipur.

DAY O4:  JAIPUR
After breakfast visit Amber Fort. Amber Fort is situated on the crest of a hill seven miles north of Jaipur is Amber, capital of the Kuchwaha Rajputs from 1037 to 1728. Man Singh I built it in a style to rival Mughal grandeur and opulence. The city-palace is protected by towering outer walls, a further wall runs for miles along the hills surrounding the palace. Make a photo stop at the Palace of Winds (Hawa Mahal). Maharaja Sawai Pratap Singh of Jaipur constructed the Hawa Mahal in the year 1799. Hawa Mahal is a sample of the perfection of the architecture. It was built for women in the royal family to view the ceremonial processions on the street while seated behind the small windows. Also visit Jantar Mantar, built between 1716. It is located within the city palace. Jantar Mantar contains a collection of instruments for observing the movements of sun, moon, planets and stars. It was built to develop the interest of the people in Astronomy. Evening at leisure. Overnight stay at the hotel in Jaipur.

DAY O5:  JAIPUR – AJMER – PUSHKAR  (150 Km, 2 Hrs)
After breakfast check out from hotel and drive to Ajmer. Arrive & Visit Ajmer-e-Sharief Dargah, Adhai-Din-Ka Jhonpara, Ana Sagar Lake & drive to Pushkar (14 km), visit various temples and Ghats and holy Pushkar Lake. There are more than 400 hundred temples in Pushkar but the main attraction being the temple of Lord Brahma, the only temple in India dedicated to Brahma. Overnight stay at Pushkar.

DAY O6:  PUSHKAR – UDAIPUR  (285 Km, 5 Hrs)
After breakfast check-out from hotel and drive for Udaipur (Beautiful Lake City of Rajasthan). En-route visit Nathdwara and Eklingji. On arrival at Udaipur check-in at your hotel. In the evening take a breathtaking boat tour over the picturesque Lake Pichola (at your own cost) to admire the royal buildings around the Lake and enjoy the scenic sunset view. From the lake you have a wonderful view of the City Palace stretching along the east bank, while the south bank has pleasant gardens running down to the waterside. Overnight stay at Udaipur.

DAY 08:  AHMEDABAD CITY TOUR
After breakfast drive to Ahmedabad upon arrival in Ahmedabad visiting the places. Ahmedabad held the title as the Manchester of India in its heyday with more than 100 large textile mills. Apart from being the commercial nerve centre of Gujarat, the city has had an interesting history. Located on the banks of the Sabarmati River, Ahmedabad originally was a settlement ruled by a Bhil Ashaval during 1150s when it was known as Ashaval or Ashapalli. Even today there is a tiny area in Astodia area in Ahmedabad that bears the name Ashaval no tekro near Astodia darwaja. The city was subsequently conquered by Karandev I of the Solanki Dynasty ruling in Patan and he modelled the gates of Ahmedabad after those in Patan. There is teen darwaja in Ahmedabad as there is in Patan. He called the city Karnavati or Shrinagar. Thereafter the city came under the rule of Muslims and it was after Ahmed Shah I that the city takes its name.
Sabarmati Ashram- sightseeing. Begin with a visit to the well-known Sabarmati Ashram, located on the banks of the Sabarmati River. The ashram was the center of India’s freedom movement which was started off by Mahatma Gandhi in the year 1917. The place houses Hridaya Kunj, a small cottage where Gandhi Ji lived during his freedom struggle. Today, the ashram is a popular tourist attraction. It also has a museum which is known as Gandhi Smarak Sangrahalaya. The museum houses a number of photographs, manuscripts and books on Gandhian philosophies. Belongings of Gandhi, like his writing desk, khadi kurta and charkha, are also kept in the museum.
Sarkhej Roza- The largest and most outstanding monument in the western part of Ahmedabad. It is a mosque and dargah complex spanning several acres. The mosque with intricate carvings and tomb of Shaikh Ahmed Khattu Ganj Baksh in the neighborhood are quite beautiful. It would be more beautiful still because the mosque leads to a large square water tank with steps on all sides and pavilions, a truly royal recreational place built by Sultan Mahmud Begada. Unfortunately, it is not cared for, there is scarcely any water in the tank and the raised garden on all sides is in shambles due to vandals in the neighborhood. But still, one can visualize the glorious place it used to be.
Sidi Saiyad Masjid- From Sarkhej to Lal Darwaja is a distance of about 5-7 km and brings you to Sidi Saiyad Mosque the outstanding feature is a filigreed carving of marvelous detail. You wonder that such workmanship is possible in sandstone.
Teen Darwaja, Juma Masjid- Laldarwaja is old city area so you might just as well proceed towards Teen Darwaja. The area is choc-a-bloc full of street vendors so make your way onwards to the Juma Masjid on Gandhi Road, a cacophony of noise. Step inside and it is tranquil. Marvel at the innumerable pillars and the construction that allows people to remain cool in blistering heat. Stop awhile at teen Darwaja. In the Central Darwaja wall you will see a recess and a lamp burning, tended by a wizened caretaker. This lamp, it is said, burns since the time of Sultan Ahmed Shah.
Manek Chowk and the Poles- Step outside of Juma Masjid and venture to Manekchowk, a stone’s throw away. This is the heart of the old city. The old city is a maze of poles, some of them home to common people and some for the city’s “bhadralok” with their beautiful Havelis with inner courtyard and intricately carved wooden pillars. You will come across such heritage Havelis as you walk the narrow lanes and view life as it used to be lived for hundreds of years. Nostalgia can overcome you. In fact, if you want to see the real Ahmedabad, navigate the many poles of Ahmedabad. Manekchowk is the market place for vegetables, fruits, jewellery, apparel, trinkets, silver and gold and, at one time, it had the stock exchange too. Do not forget to sample fafda jalebi at Chandravilas on Gandhi Road, a 100 year old establishment.
Kankaria Lake-Kankaria Lake once known as Hauz e Qutub is the second largest lake in the city said to have been built by Sultan Qutbuddin in the 15th Century. Today, it has been modernized and it is a recreational place. Give it a miss if you do not have time. But do not give the old city a miss if you want to know Ahmedabad and its people.
Museums- There is nothing on a grand scale but each one is unique. The Utensil Museum in Vishalla restaurant in Vasna showcases traditional utensils of Gujarat. The Calico Museum of Textiles in Shahibaug is worth a visit to know about the various varieties of textiles produced here and the Shreyas Folk Museum displays textile and clothing along with coins and weapons.
Dada Hari Ni Vav-Located in Asarwa, the Dada Hari ni Vav is another neglected yet richly carved monument. It is a step well. Even in the blistering heat of summer, when you go down to the deepest level, it is refreshingly and soothingly cool. It is not quite as popular as Adalaj Vav but it is inside the city.
Temples-If you like temples you could opt to visit Hutheesing Jain temples to view the collection of exquisitely carved statues of Tirthankaras. The Kalupur Swaminarayan Mandir is built entirely of wood so it is worth a visit. Other than that it is better to spend your time to visit more attractions like the Gandhi Ashram in Wadaj or the Satyagraha Ashram in Kochrab on Ashram Road near Paldi. night in Ahamdabad.

Day: 09 AHAMDABAD – KEVADIA- DELHI  200 km, 04 hrs  (flight 20:55-22:40 Go Air)
After breakfast drive to Kevadia & proceed to visit “Iron Man of India”. Statue of Unity in India a largest statue in the world. It is 182 m Long highest in the world. Statue located in Sardar Sarovar dam at Kevadia Gujarat. This statue is located on the bank of River Narmada in Narmada district of Gujarat. Interesting Facts About India’s Statue of Unity Built over a period of 5 years, which included planning and construction, it took more than 3,000 workers to construct the statue which is expected to be a big boost to Gujarat Tourism. Sardar Vallabhbhai Patel Rashtriya Ekta Trust was assigned the task for arranging 129 tonnes of iron implements from 100 million farmers in more than 150,000 villages in India, under ‘Loha’ campaign. Built at cost of around INR 3,000 Crores, Statue Of Unity is the world’s tallest statue. Incepted to pay homage to the Iron man of India, the statue can withstand wind up to 60m/s and earthquake up to 6.5 on Richter scale. The unique sculptor is carved by the Padma Bhushan awardee Ram V Sutar and bronze cladding work is carried out by the Chinese foundry, Jiangxi Toqine Company. The viewing gallery of the statue, at a height of 153 meters, can hold up to 200 visitors, providing a mesmerising view of Narmada Dam. The pride of Gujarat Tourism, Statue of Unity has a three-layered structure. The innermost layer is made of reinforced cement concrete, the middle layer is a steel structure and the outermost layer is 8mm bronze cladding. After drive to Vadodara (90 km, 02 hrs by car) & transfer to Vadodara Airport.