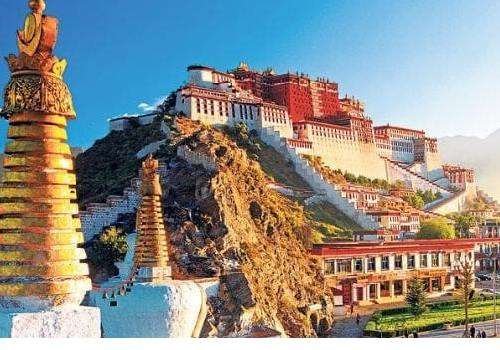 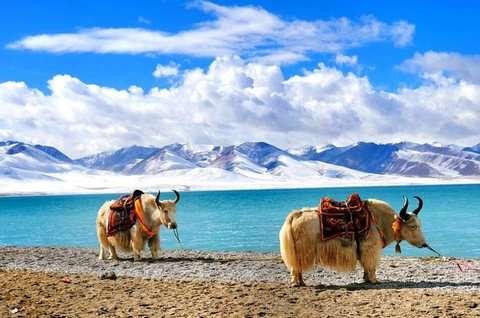 DAY 01: KATHMANDU
Arrival at Tribhuvan international airport Kathmandu. You will be meet by our company representative and transfer to hotel. Check in the hotel. Evening Free time for local market. Night in Kathmandu.

DAY 02 : KATHMANDU – BHAKTAPUR
After breakfast we will see a fascinating excursion to Pashupatinath. It is the most important in the world the Holy temple of Shiva. It is believed that pashupati has a special relationship to the Kingdom.
Nepal. Translated pashupati is the king of animals, or otherwise – the master of living beings. This is a big Indian Temple, located on both sides of the Bagmati river, sacred river, on the Eastern outskirts of Kathmandu. The temple was destroyed by Muslim invaders in the 14th century, but was reconstructed. Next, we we will visit the Buddhist temple center Buddanath. It is considered the center of Tibetan Buddhism in Nepal. Tibetan merchants have rested and prayed here for many centuries. So here was born the “Little Tibet” of Nepal. This “Little Tibet” allows you to follow the Tibetan way of life. You can see many monks in robes of dark Burgundy.
After lunch we will enjoy an exciting excursion to Bhaktapur. We will visit Durbar square, one of the most charming and vivid architectural showpieces of the Valley as it highlights the ancient arts of Nepal. You will enjoy the splendor of such masterpieces as the Golden gate (The Golden Gate) and the Palace of Fifty five Windows (The Palace of Fifty five Windows). It is believed that the Golden gate is the most magnificent specimen of its kind in the world. The door is topped by figures of goddesses Kali and Garuda. The Palace of Fifty five Windows was built during the reign of king Yaksha Malla in 1427 ad and was later renovated by king Bhupatindra Malla in the 17th century. Among the brick walls with their pleasant design and design, you can see a balcony with Fifty five Windows, considered a unique masterpiece of woodcarving. Then we will go to Swayambhunath, a Buddhist temple center. He is one of the most easily recognizable symbols in Nepal. It is a world heritage site and the source of the mythical beginning of the Kathmandu Valley. The temple is also called Monkey temple due to large number of monkeys frolicking around him. Also here we will see thousands of pilgrims. You will have the opportunity to enjoy the splendor of the shrines and statues of Buddhist and Hindu gods. Night in Kathmandu.

DAY 03 : KATHMANDU – LHASA  ( Air China, Sichuan – 1:30 Hrs )
After breakfast free time. Check out of the hotel. Transfer to the airport. The flight to Lhasa. Our representative will meet us at the airport. The driver and the guide will give us a warm welcome and transferred to your hotel. On the way from the airport we will have a sightseeing tour to the river Yarlung Zanpo, and to the river of Lhasa, we admire the beauty of the mountains and visit the Nyetang Giant Buddha. On arrival at the hotel, check in and short rest. In the evening we will go to Khaadu which is Timeskim traditional city from which to start exploring this wonderful country. Night in Lhasa.

DAY 04 : LHASA
After breakfast we meet with our guide at the appointed time. Today we are waiting for fascinating excursions. In the morning we will visit the Potala Palace (Potala Palace), the card of the country. Here for many centuries lived the Supreme rulers of the country, the Supreme religious figures. The most popular of which today is recognized as the Dalai Lama. The Palace is located on the Red Hill at an altitude of 3700m, the Potala making the highest and biggest mountain architectural monument in the world. Then visit the Sera Monastery (Sera Monastery), is one of the eight monasteries of Tibet that have not been destroyed during the Cultural revolution of Mao TSE Tung. After lunch we will visit Summer Palace, the Norbulingka (Norbulinka), located on the banks of the river. The former summer residence of the Dalai Lama. Attraction is not only the Palace, but the fountains, a chapel, a Zoo, a garden – the biggest man-made garden in Tibet. Return to the hotel. Night in Lhasa.

DAY 05 : LHASA
Today after breakfast we will visit the monastery of Drepung (Drepung Monastery), which is “one of the three great monasteries” of Tibet. Also visit the Jokhang Temple (Jokhang Temple), which cannot be overlooked, because it is known for its gilded roof. It is an ancient structure with 1300-years history, which we will tell the guide during the tour. This is the most Holy place, and the main altar of Tibet. After lunch, we’ll walk through the oldest Barkhor street (the Barkhor street), which has 1000 years, hear about its history and visit the local market where they sell various types of Handicrafts and many other things from India and Nepal. Return to the hotel. Night in Lhasa.

DAY 06 : LHASA – TSEDANG  (190 Km/ 3-4 Hrs)
Today after breakfast we drive to the city of Tsedang (3500 m), which is located in the Yarlung valley, the cradle of Tibetan civilization. Along the way we will visit the monastery of Samui, which was founded in the 8th century during the reign of king Trisong Detsen and has an interesting history. Today, Tibetans all different directions come here to pray. Next we will visit the Palace of Yumbulakhang which is the oldest place in Tibet and is a monumental structure in Tsedang. The Palace was built on the cliff, and is divided into three parts: the tower, the Church and the part where the monks live. After we will visit the monastery Tandruk, whose name translates as “tan” rock “Druk” dragon. Night in Zedge.

Above Tour Cost Include:
Accommodation twin & double sharing Basis as per program.
Daily breakfast & dinner at the hotel.
All transportation by AC Deluxe Car Latest Model vehicle throughout the Tour.
Services of our Assistance Representative for Airport Transfer as per the program.
Services of  English, German, Chinese speaking Guides as per the itinerary.
Mineral Water.
Quote inclusive of presently applicable Government service taxes.

Above Tour Cost Does Not Include:
International flight.
Kathmandu-Lhasa-Kathmandu Flight.
Medical and insurance of any kind, Monument entrance fee.
Any expenses arising out of unforeseen circumstances like flight delay/cancellation/hike in fair, strike or any other natural calamities. Personal nature Expenses i.e. Telephone Calls, laundry, Soft/hard drink,  Meals, Tipping etc.